The Obesity Code Summary And Review

“Eat less, move more!” This seems like a commonsense, foolproof method for losing weight. But if you’ve tried doing it, you’d know it isn’t always effective. And when it does work, it is often short-lived. In other words, simply eating less and moving more isn’t the solution. True solutions ought to have long-term and sustained effects by treating the problem at its roots, and not the secondary factors.

In this regard, The Obesity Code: Unlocking The Secrets Of Weight Loss by Dr Jason Fung examines hundreds of cutting-edge medical studies and draws upon his work with type 2 diabetes patients over the past few decades to uncover the true cause of obesity, and thus, the real solution.

Tons of literature on dieting and weight loss are published yearly, yet hardly any of them explore the actual causes of obesity. The reason is simply that we already assume that obesity is caused by eating too much and exercising too little.

Besides water, everything we eat and drink contains calories – defined as “energy units used by the body to carry out various functions”. Excess calories are either burned as energy, or stored as fat. Therefore, consuming too many calories is the cause of weight gain. In order to monitor this, we count our intake of calories, as well as calories burned through exercise.

Yet, people weren’t familiar with calorie counting until the early 20th century. And even so, they didn’t pay much attention. They believed sugary, starchy foods to be the cause of obesity, not excessive calorie intake.

Then in 1977, the U.S. government announced dietary goals for the country in response to the “great epidemic of heart disease.” It cited dietary fat as a cause of heart disease and recommended reducing fat intake to 30 per cent, while increasing carbohydrate intake to 60 per cent.

The campaign was a resounding success, thanks to government grants, television advertising, and the support of various food processing companies. Consumption of sugar and grains increased by almost 50 per cent, while fat intake declined by 35 per cent. Unfortunately, heart disease rates did not decline. On the contrary, obesity rates rose dramatically, and this was no accident.

To recap, the result of this radical alteration of the human diet was an epidemic of obesity. To combat it, the go-to tool for weight loss became the energy balance equation:

This equation has perpetrated a “calorie deception,” as the author calls it in The Obesity Code, explaining that it wrongly assumes a number of things. Here are just three of them:

1) “Calories in“ and “calories out“ are independent variables.
In truth, the two are closely intertwined. For example, reducing calorie intake by 20 per cent will result in a similar decrease in calorie expenditure due to slower metabolism. Simply reducing “calories in” will have little impact on weight loss.

2) We are in full control of our “calories in”.
Just before lunchtime, the smell of food may make you hungry. The same smell, though, can be nauseating after a large hearty meal. This is down to your hormones, which tell your brain when you’re hungry or full. While how you react to those cues is up to you, inside you there’s actually a self-regulating system telling you whether to eat.

3) Every calorie is the same.
The energy balance equation treats calorie types as if they were all the same. But not all calories cause weight gain in the same manner, since they trigger different hormonal and metabolic responses. As an example, sugar raises blood glucose levels and stimulates an insulin response, but consuming the same caloric amount of olive oil does not cause the same reaction.

Since certain hormones direct our eating habits and some regulate fat production, should obesity be considered a hormonal, and not a caloric issue? And this is the point the author empathetically puts across, albeit in rather technical fashion.

Seeing obesity from the perspective of hormonal imbalance

We probably know that carbohydrates are broken down into glucose, which is the body’s primary energy source. The pancreas responds to glucose entering the bloodstream by producing insulin.

In turn, insulin helps the body absorb glucose from the blood into the cells, allowing them to receive energy. Excess glucose excess is stored by insulin as glycogen, initially in the muscles and liver, then as fat.

A drop in glucose levels between meals triggers the liver to release glucose from glycogen into the bloodstream. After glycogen is used up, the body begins to burn fat for energy and continues to do so until it needs more energy. At that point, cells in your digestive tract begin releasing a hormone called ghrelin, which signals your brain to eat again. As you eat, the process begins all over again.

Normally after a good meal, ghrelin levels in the blood decrease, and another hormone called leptin is released by the body. While ghrelin is regarded as the “hunger” hormone, leptin is the “satiety” hormone. But increased insulin levels inhibit leptin’s effects, since leptin reduces fat storage while insulin facilitates it.

This is what happens in obese people, where insulin levels are continually high, thus not allowing their body to burn fat, as well as lowering their sensitivity to leptin, which would help keep them feeling full. The author attributes this hormonal phenomenon to certain modern habits: eating because it’s “mealtime” and not because of hunger; eating junk food like refined carbs and added sugar, as well as regular snacking.

To sum up The Obesity Code‘s findings, obesity is not a matter of counting calories, but a hormonal disorder in regulating fat. Does dieting work? Yes and no, according to the author. All of them produce weight loss in the short term. But each of them also fails, because none of them address the root cause, that is, hormonal imbalance. Consequently, weight loss comes to a halt after some time, followed by regaining that weight.

Dr Jason Fung thus asserts that in order to experience permanent weight loss, you have to reset your “fat thermostat” that is controlled by your brain. He proposes 5 steps that will allow you to lower your levels of insulin:

1) Eat less added sugars.
Added sugar increases insulin production and thus, insulin resistance. You should avoid adding any sugar to your food and drinks, and also always refrain from all drinks and snacks sweetened with sugar. Instead, opt for fresh fruits, nuts and dark chocolate. You may even consider skipping breakfast if possible.

2) Eat less refined grains.
Refined grains like white flour and processed confectionary is the chief culprit of insulin production. Replace these with whole wheat and whole grains instead. To go further, you may want to stick to whole carbs like quinoa, beans and various kinds of vegetables.

3) Eat protein in moderation.
While protein should not be eliminated from your diet, it should be moderated to around 20 to 30 per cent of your total caloric intake. The author also states that you should not consume protein bars, powders or shakes.

4) Eat more natural fats.
According to Dr Fung, dietary fat is least likely to trigger the release of insulin among the three major macronutrients – carbohydrates, proteins and fats. He encourages aiming for a higher proportion of natural, unprocessed fats such as olive oil, butter and coconut oil, as well as eating other good sources of natural fats like nuts and avocados.

Finally, the book lays out the ultimate method of freeing yourself from the cycle of resistance to insulin that goes beyond just eating well – intermittent fasting.

By doing intermittent fasting, it’s not just about losing weight. You also reset your “fat thermometer” as insulin levels decrease and sensitivity to leptin, the “satiety” hormone, increases. And that could be the gamechanging dietary solution.

All in all, Dr Fung makes a compelling case for obesity as a hormonal problem rather than a caloric one. In The Obesity Code, he delves into much detail why calorie counting is ineffective for permanent weight loss, and also offers more tips and insight on intermittent fasting, along with sample meal plans that can help you get started.

To know more, you can purchase a discounted copy of The Obesity Code at Book Depository, which offers worldwide free shipping. (Full disclosure: This is an affiliate link whereby the site gets a small commission if you decide to get the book using the link!) 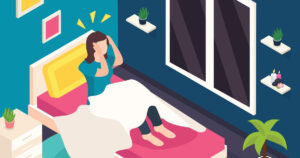 How To Sleep Easier At Night

So, how can you sleep easier at night? Here are 8 quick and helpful sleeping tips that you can start to consider, and apply to your everyday routine right away! 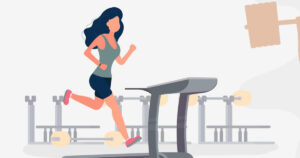 During a weight loss journey, you may reach a point where it seems you cannot lose weight any further. Let’s dive into 10 tips that you can test out to overcome such disruption! 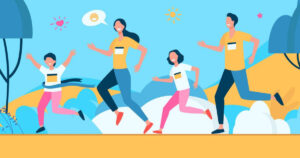 Make Exercising With Your Kids A Health Goal!

Getting your children involved in fitness activities at an early age will help them develop healthy habits.